Manchester City are one of the most successful English Premier League Clubs in recent history. They are the current Premier League Champions and have enjoyed a number of other accomplishments over the last five years, including winning the FA Cup, League Cup and FA Community Shield on a number of occasions. Their women’s team is one of the UK’s leading Women’s Super League teams and has won more domestic trophies than any other WSL team since the League’s expansion to two leagues in 2014.

Hays is proud to be the Official Recruitment Partner of Manchester City. The partnership is based on a mutual ambition to attract skilled, expert professionals to build high performance teams, whether it is on the football pitch or in the world of work. As an industry leader who works with thousands of job seekers and employers every day, Hays has helped the Club to build a winning team off the pitch, including recruiting roles across City’s legal, finance, HR, commercial, marketing and communications teams across their offices in Manchester, London, New York and Singapore.

This site features the latest professional job opportunities with Manchester City. For your chance to be part of this winning team, please click on the latest jobs below. 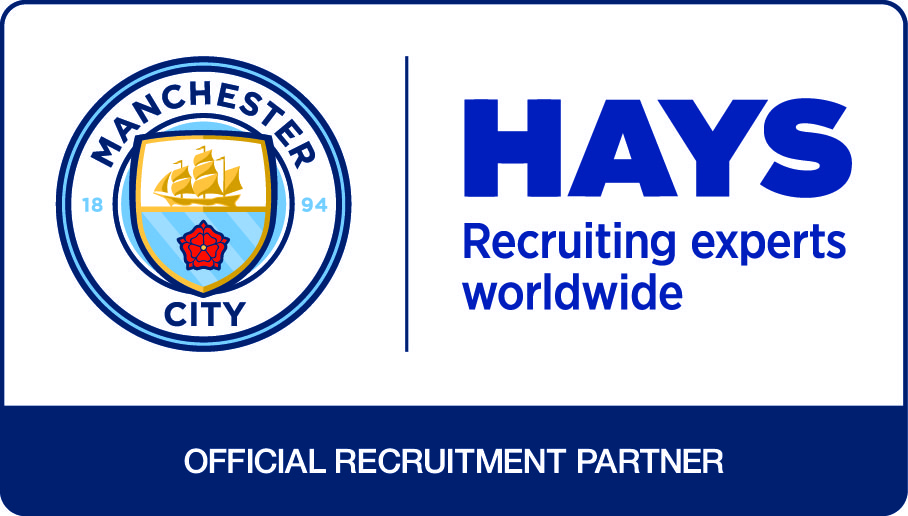 In 1880, the Connell family brought together their local community by creating St Mark’s Cricket Club, later a Football Club, from which Manchester City subsequently evolved.

133 years later and Manchester City is the heart of the city. Throughout its proud history, our football club has built a deep, lasting kinship with communities in Manchester and in cities further afield.

In 2008, the Abu Dhabi United Group became the new owners of Manchester City. As one of the most ambitious and high-profile clubs in the EPL, Manchester City take pride in continually developing the very best team across the organisation. As well as investing in a winning team on the pitch, Manchester City have created one off of it, forming partnerships with companies across the globe, from brands such as Nike to a partnership with the New York Yankees to form a new Major League Soccer franchise.

About the Etihad Stadium

Opened in 2002 the Etihad Stadium has a match day capacity of 55,000 including 3,900 hospitality seats with a variety of different offerings. Located directly out the Stadium within the Etihad Campus is the unique fan zone City Square, fans can enjoy a wide range of music from a host of different artists as well and question & answers session with MCW, EDS and former players along with the chance to win fantastic prizes.

As a member of the Two Ticks scheme, we are proud to show our commitment to employing disabled people and judging people on their abilities alone.
As a member of the scheme we make five commitments regarding recruitment, training, retention, consultation and disability awareness.

Further information about the Two Ticks scheme is available from the Gov.uk website.