I’m delighted that you’re interested in our Property Directorate vacancies. These are exciting and challenging roles in a supportive and collegiate environment. We have plenty of ambition for our commercial and residential property activities and are looking for people that share our passion, commitment and ambition.

Our three vacancies represent the breadth of our activities and our ambition to ensure that Ipswich Borough Assets and Handford Homes go from strength to strength. Ipswich Borough Assets’ first three years have seen it develop a £100m portfolio but it continues to seek growth, not just through further investment but also through moving into development. Handford Homes will complete its first housing development in the summer, is working on another six sites and has a pipeline for several hundred new dwellings. It’s one of the most ambitious housebuilding programmes to be associated with a council and we are determined to deliver.

Our culture is one of innovation, problem solving and team work. Together we deliver results and a strong return to our shareholder. We’re growing fast and delivering success, and I am proud of what we’ve achieved so far. If you think one of our roles might be right for you, do talk to John Martin at Hays Property & Surveying to find out more.

Good luck in your application 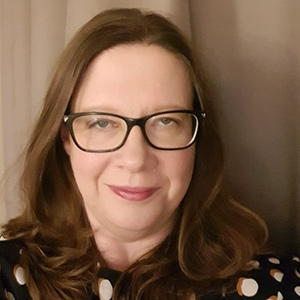 IPSERV is recruiting to three key roles in the Property Directorate to supply professional services to Ipswich Borough Assets, Handford Homes and others. These exciting roles will play an integral part in the ongoing development of the Council’s commercial activity through its companies – there really isn’t a better time to join this vibrant and ambitious group of companies which have already built a £100m commercial property portfolio in just three years and developed a 500 unit housebuilding pipeline.

Ipswich Borough Assets (IBA) owns a mixed commercial property portfolio in the Ipswich area. Its holdings span the industrial, office and retail sectors and are valued at around £100m. To date, this ambitious company has focused on investment rather than developing but 2020 will see it move into development as well as it secures options on development land and begins to deliver plans to meet the needs of its current and potential clients.

Handford Homes is the Council’s housebuilding arm and develops housing in and outside the borough boundary. Its pipeline currently spans some 500 potential units with sites at different stages in their development. Its first development, of 60 dwellings on Old Norwich Road in Ipswich is due to be completed in July 2020, with some 40 other dwellings at the planning stage, and another 400 at the feasibility / viability / design stage. Handford Homes subsidiary, Handford Lettings will begin to manage a portfolio of residential rental properties this summer with ambitious plans to provide a high quality lettings service in Ipswich and beyond.

*If you already have good pension arrangements and so don’t want to join the LGPS, we will provide the equivalent to our employers contribution as a supplement to your pay

I enjoy working with a team of dedicated professionals in a fast paced environment – no two days are the same. The companies are all growing fast and delivering against their business plans

IPSERV is a great company to work for, it is a commercial entity connected to the public sector which enables us to work quickly and effectively for the benefit of the council, as our shareholder. I manage the Ipswich Borough Assets portfolio and deliver property projects for IBA, Handford Homes and the Council. This makes my job as an Asset Manager very diverse and exciting

I’ve worked for IPSERV since October 2018 and have seen significant step change in the organisation with the pace of business development.

From a cleared vacant site, houses are now being built and will be occupied later this year. With numerous projects on the horizon there are plenty of exciting opportunities to develop and grow within a progressive and forward-thinking organisation.

The key to success is collaborative working and it is important that we all work together with a single focus for service delivery. Having worked in the private sector for a significant period of time, I have found my experience of working for IPSERV both rewarding and challenging.

I joined IPSERV 10 months ago as Head of Property, having previously worked for the largest regional retailer in East Anglia in a similar role.

I’m seconded to Ipswich Borough Council and manage its Property Services Team. Since working for IPSERV I have been involved in some really interesting and exciting property projects.

I am so pleased I made the change to join IPSERV and haven’t looked back since joining. I am developing my skills and dealing with a wide and varied number of property asset types and enjoying the autonomy given to make decisions and find solutions to property challenges. In addition, my work/life balance has improved as IPSERV has offered flexible working and the ability to work remotely at times.

We want to make the process of applying for this role as straight forward as possible.

To this end, we ask that your application consists of the following:

Once you have completed your CV and covering letter, please upload them by clicking on the Apply button.

For an informal conversation about IPSERV and the role please contact John Martin on 01223 464 577 or email john.martin@hays.com

Ipswich is one of England's fastest growing and diverse regional centres and offers a fantastic opportunity to live and work in one of the most exciting places in the country.

It has a rich history and heritage, a Waterfront offering a new university and café culture, a wide range of arts festivals, events and cultural facilities, a strong IT and financial sector, a growing port, beautiful parks, good schools and a town that is surrounded by unspoilt countryside and close to the Suffolk coast.

Ipswich Borough Council has an ambitious Corporate Plan, Building a Better Ipswich, and works collaboratively with partners to deliver the "Ipswich Vision".

A forward-thinking approach at the Borough Council is enabling us to fulfil our potential. We are innovative and commercially focused, with a group of trading companies helping us to deliver our medium-term financial plan, new homes and a stronger commercial property portfolio.

The Council and its companies offer a great quality of life, exciting careers, plenty of development and an opportunity to shape the future.

Ipswich is a vibrant and culturally diverse county town and regional centre with a strong heritage and the new University of Suffolk on the town's transformed Waterfront.

Ipswich's vibrant arts and culture offer includes numerous festivals and events; three heritage parks; four museums and lots of open spaces make the town one of the greenest in the country; and good transport links make Ipswich a great place to live, work and study.

Ipswich has forged the best of old and new – it is a thriving port and hi-tech and commercial hub. It is also an important centre for public administration, housing local government, health and related activities.

Our working population of over 75,000 consists of a diverse and young workforce benefitting from our training and skills agenda, a compact education quarter, a good mix of schools and a Waterfront Innovation Centre and core STEM subjects.

They come from all backgrounds, bringing a cultural mix that is the envy of many. This is a tightly-knit town proud of its diversity and its achievements.

Ipswich is just over an hour from the capital by train and benefits from road links (for those who still use cars) to the Midlands and the North and is also close to Cambridge, Norwich and Essex.

Like any urban regional centre, Ipswich also has its challenges, which is why we want to recruit the very best to overcome them.

A few facts and figures:

Ipswich, the county town of Suffolk, is surrounded by some of the most unspoilt countryside in Britain. It is also a short trip to the magical heritage coast with its solitary beauty, the "lost" town of Dunwich, the fish and chips and Scallop sculpture at Aldeburgh, the mere at Thorpeness and the charms of Southwold, home to a lighthouse, pier and Adnams beer.

To the south of Ipswich lies Constable Country, with the timeless River Stour. John Constable was born in East Bergholt in 1776 and you can still see the landscapes that inspired him. Ipswich's Christchurch Mansion has the most significant collection of Constables outside London.

Aldeburgh is home to a music festival begun by Benjamin Britten, although most concerts take place at nearby Snape Maltings, which has shops, galleries, restaurants, pub and cafés. One of the joys of the Suffolk coast is Minsmere, the RSPB bird reserve, featured on TV's Countryfile.

To the south is Orford, with its castle, church and quayside along with the haunting Orfordness shingle spit, now owned by the National Trust.

Finally, at the very south of the county, lies Felixstowe, a popular family holiday resort, with beaches, promenade, amusements and the Spa Pavilion theatre.

To the north and west of Ipswich are the picture postcard villages, such as Kersey, Chelsworth, Lavenham and Debenham. Long Melford has Kentwell Hall, a Tudor house which holds historical recreations.

Half an hour west of Ipswich is historic Bury St Edmunds and its cathedral and the peaceful Abbey Gardens.

Just seven miles from Ipswich is Woodbridge, a sailing and market town on the River Deben. Woodbridge has many unique shops and fine restaurants and is just down the road from the famous Sutton Hoo Anglo-Saxon burial ground centre run by the National Trust.

© The HAYS word, RECRUITING EXPERTS WORLDWIDE and POWERING THE WORLD OF WORK slogans and associated logos and artwork are trade marks and/or copyright works of Hays plc © 2020. All rights reserved.